Calculations of risk values are based on sub-models for the different steps in the disease cycle like spore production, spore release, spore survival and infection of spores. The model criteria for spore production is long humid periods and at moderate humidity sporulation is reduced. The amount of viable attached sporangia is reduced by drought, and some spores are washed off during rain. The model criteria for spore release into the air is a drop in humidity or increased radiation, but the release is inhibited by high leaf wetness. The model includes criteria for spore survival and the viability of released spores is strongly inhibited by solar radiation. The spore load is also reduced by precipitation. The criteria for infection is that leaf wetness duration has to be sufficient for the spores to germinate and infect. The risk of blight development is a function of the amount of viable released spores and the duration of leaf wetness.

The model outputs are based on the assumption that inoculum is available in the field, and is meant to provide information for optimal timing of pest management strategies.

The Negative Prognosis model is running in addition to the Nærstad model.

Interpreting forecast: (1) First spraying, if the accumulated risk in the Negative prognosis model reaches 150 earlier than row closure, the first spray should be done according to the Nærstad model. In years with wet soil in June (two weeks water saturated), the first spraying should be done the day before the second period with high risk according to the Nærstad model. (2) Subsequent spraying, when the model forecasts high risk, spraying should be considered from the cultivar, active agent and the timing of the previous spraying. It is higher risk when risk is predicted two or more consecutive days. 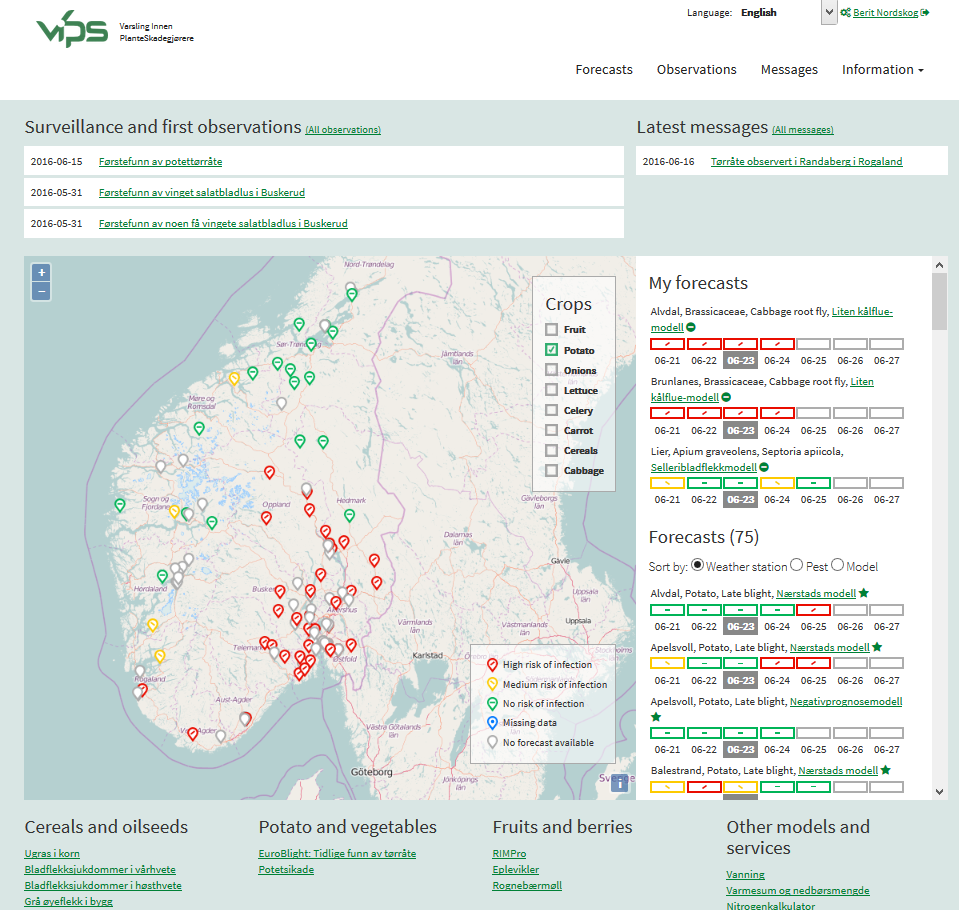 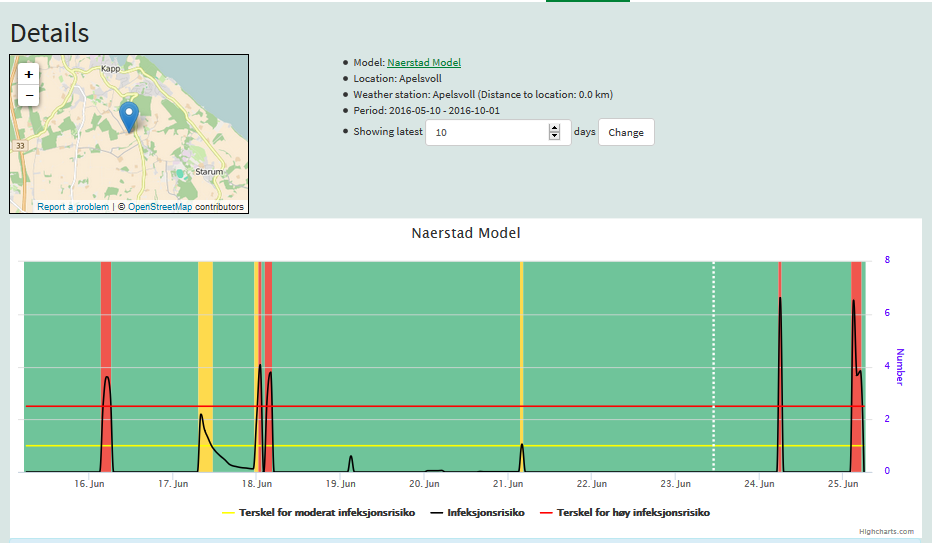