To ensure that Denmark’s groundwater is not contaminated due to the agricultural use of approved pesticides, "The Danish Pesticide Leaching Assessment Programme” (PLAP) was initiated in 1998 by a parliamentary decision.

PLAP is a monitoring programme that on the basis of measurements in test fields aims at providing an early warning of the risk of leaching of pesticides and/or degradation products for the following purposes:

The PLAP monitoring system began in 1999 and has been operating without interruption ever since. In the beginning, PLAP comprised six test fields, but in 2003 this figure was reduced to five. With a field at Lund on the island of Zealand PLAP will with effect from July 1, 2017 again comprise six fields, as can be seen in the figure.

All information and publications related to the PLAP can be found on the PLAP website. 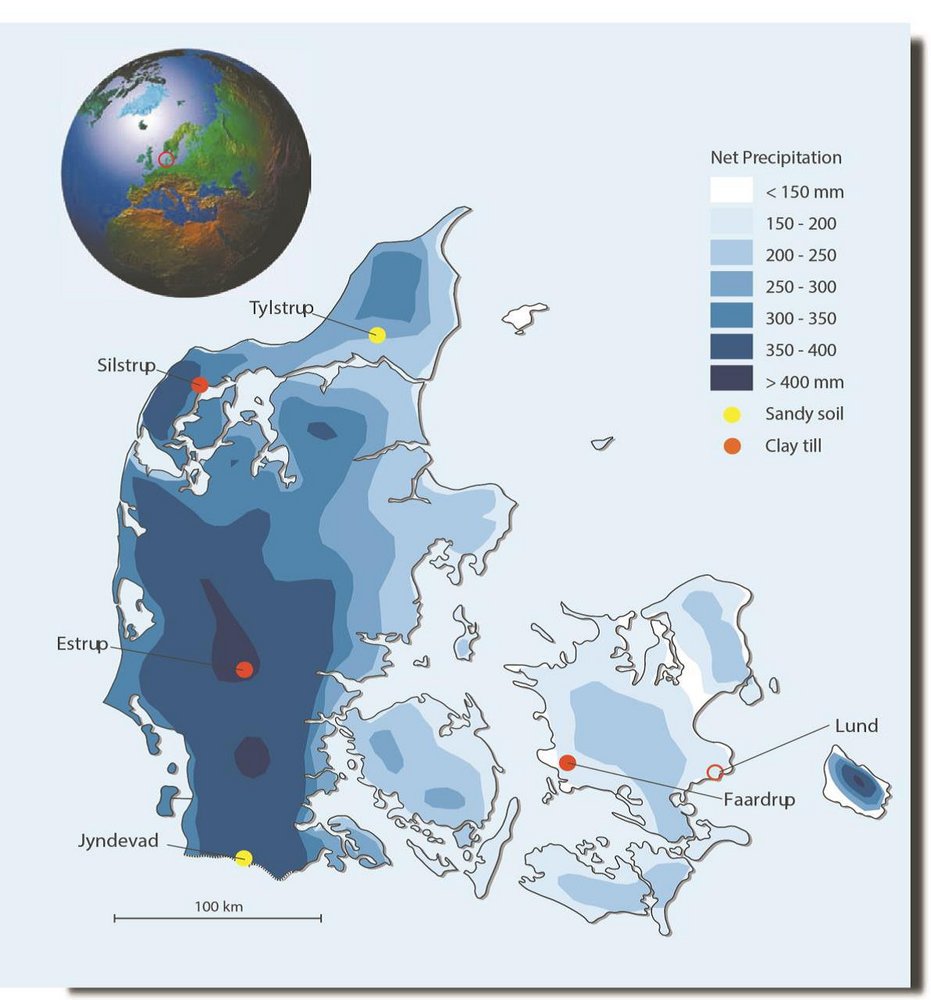